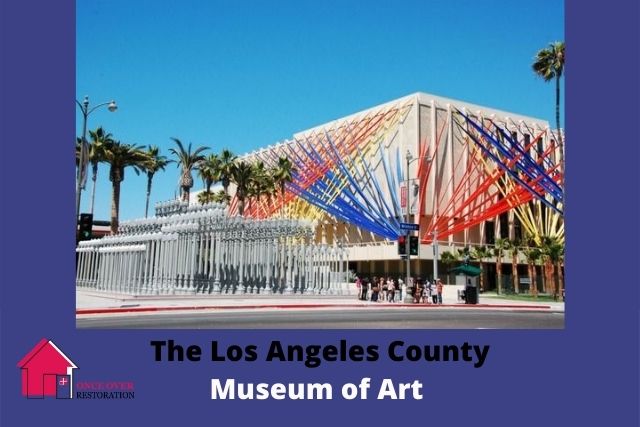 The Los Angeles County Museum of Art (LACMA) was established in 1961 after a split from the Los Angeles Museum of History, Science, and Art. It relocated to the Wilshire Boulevard complex, which was designed by William Pereira, four years later. The museum’s wealth and collections grew during the 1980s, and it began to construct numerous new buildings during that decade and continued to do so over the following decades.

Four buildings on the site will be removed in 2020 to make room for a renovated complex designed by Peter Zumthor, which will open in 2021. In addition to receiving considerable community resistance, his design received harsh criticism from architectural experts and museum curators who were critical of the restricted exhibition area, bad design, and high expenses.

The Los Angeles County Museum of Art (LACMA) is the largest art museum in the western United States. It receives roughly a million visits a year on average. Its collection contains more than 150,000 works of art spanning the history of art from antiquity to the current day. Additionally, the museum hosts film and concert events in addition to its art exhibitions.

The Los Angeles County Museum of Art has purchased or assisted in the acquisition of almost 5,000 pieces of art throughout its history, thanks to the efforts of ten art councils, each of which supported a distinct section of the collection. They are made up of art enthusiasts and experts who pay annual dues of a minimum of $400 and conduct projects to raise money for a certain department of their choosing.

The Art Museum Group, which was established in 1952, is LACMA’s first volunteer support council and is dedicated to assisting the museum in all of its initiatives. Since its founding in 1961, the Modern and Contemporary Art Council has served as the longest-running support group for contemporary art at any museum in the United States.

The Annual Collectors Committee weekends were established in 1986 and have raised a total of $16 million towards the purchase of 157 works of art, with a combined worth of $75 million, since then. As the newest of ten support groups (the Photographic Arts Council was founded in 2001), it provides its members with opportunities such as visits to artists’ studios and private collections, guided tours of exhibitions led by curators, and lectures on the proper handling and conservation of photographs.

Originally posted at Once Over Restoration.